The German business magazine «Handelsblatt» produces a bi-annual ranking of  economists in the German-speaking countries since 2006. It is based on the number of scientific publications in relevant journals, which are categorized and weighted according to their impact and relevance. In this way it measures research output on an individual level as well as comparing the different universities.

From being a close (and ambitious) number 2 in 2011 we have now taken first place - and have created quite some distance.

Note: to incorporate the changes in the methodology of the Handelsblatt Ranking over time we normalized it by setting the top university's points to 100. 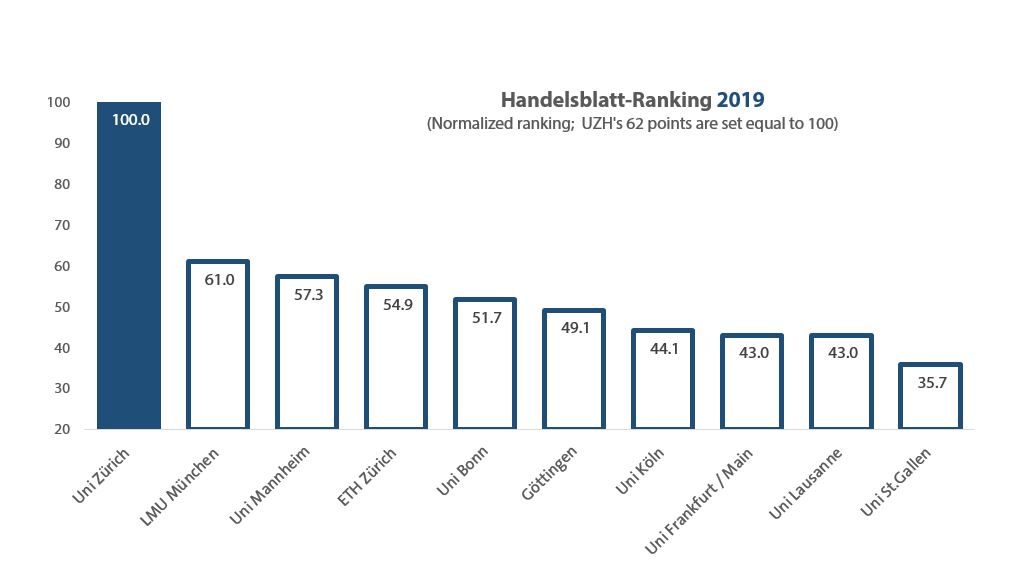 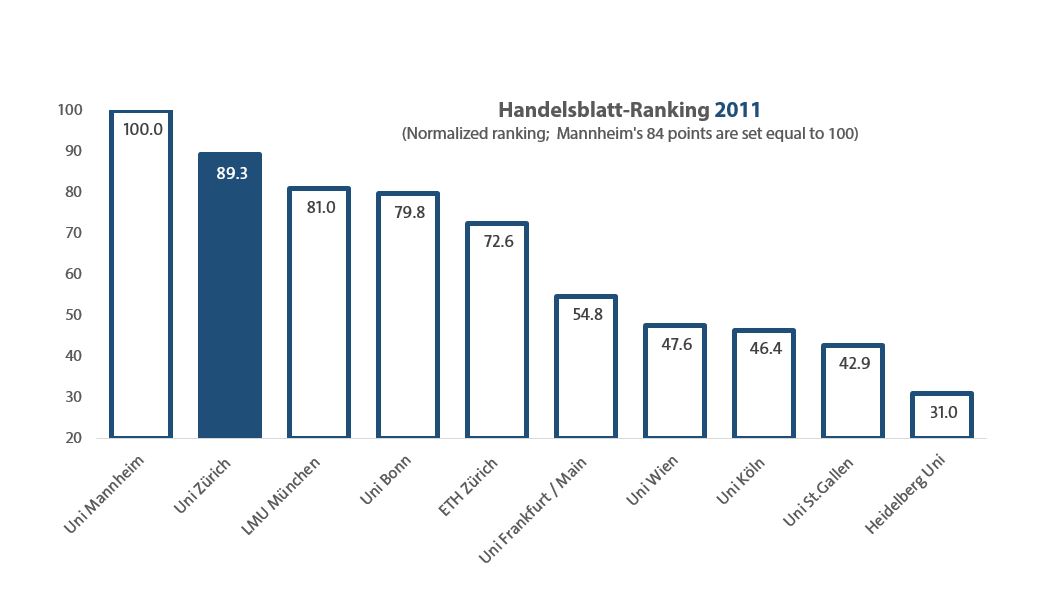