Since the University of Zurich was founded in 1833, lectures in economics have been offered at the Faculty of State Economics. The university has awarded the independent title "Doctor oeconomiae publicae" since 1905. In 1908, Professor Heinrich Sieveking (UZH 1907-1922) submitted an application to the Zurich Education Council to endow the Social Economic Seminar, the predecessor of the Department of Economics.

Shaping and contributing to society

Due to the failure of democratic movements in the German provinces and a liberal environment in Switzerland in 1848, the University of Zurich succeeded early on in attracting recognized researchers. This also applied to economics. The representatives of the subject actively participated in national and local economic policy discussions and collaborated with the private sector. The first full Professor of Economics, Bruno Hildebrand (UZH 1851-1855), was a co-founder of the Nordostbahn (NOB) and involved in the central development of the railway infrastructure responsible for Switzerland's economic upswing. Economists such as Victor Böhmert (UZH 1866-1875), Julius Wolf (UZH 1888-1897) and Heinrich Herkner (UZH 1898-1907) contributed significantly to the debates about the situation of the working class and discussions leading to the establishment of a central bank.

Zurich allowed women to enter university very early on. They could partake as listeners as of 1840 and then later, after 1864, enroll as students. After fleeing Poland, Rosa Luxemburg decided to study at the University of Zurich, where she graduated in 1898 as one of the first women. Her supervisor Julius Wolf was very impressed by Luxembourg and, at the end of his career, called her his most talented student.

Heinrich Herkner was also an early supporter of women taking up studies, a topic on which he also published the book Das Frauenstudium der Nationalökonomie in 1899. Among his students was Ella Wild, who after her doctorate was the only woman to work in the economics section of the Neue Zürcher Zeitung, where she contributed to the expansion of the economics section between 1914-1932. 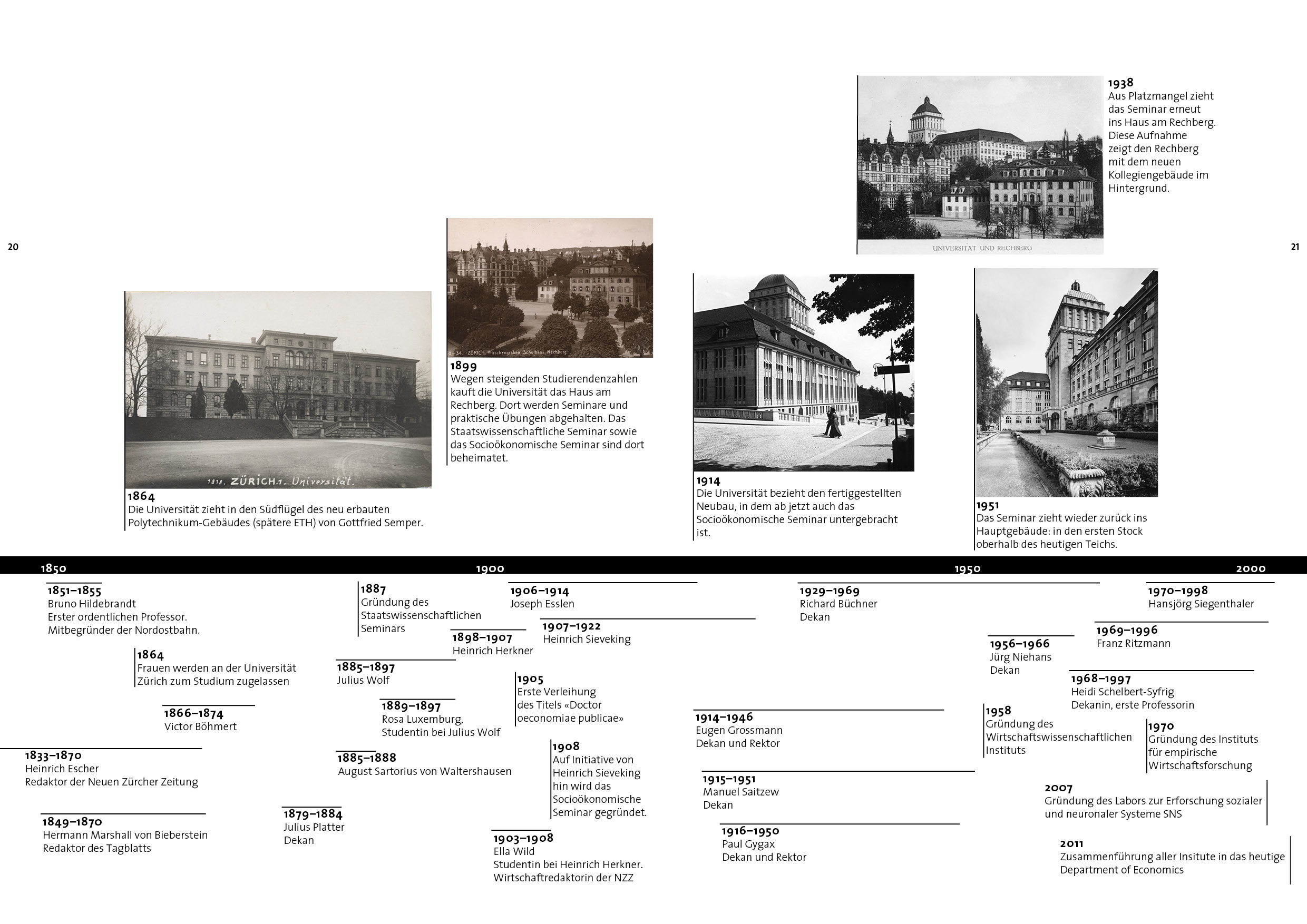 This summary of the first 100 years of the Department is based on the work of students of the Master Seminar "Professors in Zurich, 1833-1933" with Prof. Ulrich Woitek, Autumn Semester 2017.